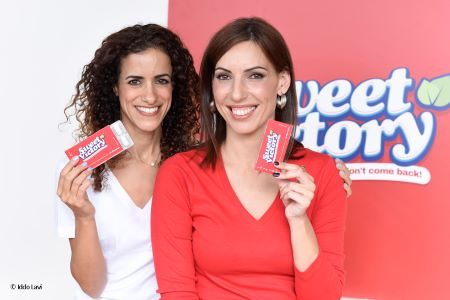 Good news for those who chronically capitulate to sugar seduction: Israeli start-up Sweet Victory, Ltd., created a delicious line of botanical-infused chewing gums that are designed to stop sugary treat cravings in their tracks.

The proprietary chewy composition works within two minutes by blocking the sugar receptors on the tongue, and its effect can last up to two hours. During that time sweet foods or beverages that normally excite the senses will taste bland or even sour, and the impulse for a sweets binge can be abated, lasting even longer than the physical effect.

According to Innova Market Insights’ global Health and Nutrition Survey, in 2021, 37% of global consumers indicated they decreased their sugar intake over the past 12 months. These efforts reflect the widely held view that high sugar consumption is a causative factor for a range of conditions, including dental caries, weight gain, and diabetes. Research has suggested a role for sugar in activating the opiate receptors (the reward centers) in the brain, which could explain its attractive nature. The American Heart Association recommends that women limit added sugar to no more than six teaspoons per day (24 grams), and men limit added sugar to no more than nine teaspoons per day (36 grams).

“Most of us battle with sweet cravings on a daily basis,” notes Gitit Lahav, a psychologist who spent almost a decade researching the link between nutrition and psychology. Lahav co-founded Sweet Victory with Shimrit Lev, a professional nutritional instructor. “Even as awareness of the impact of overindulgent sugar consumption on personal wellbeing grows, kicking the sugar ‘habit’ is a real struggle for most of us. This is what spurred us to seek a solution that would help consumers take better control over their nutritional choices.”

With their background in botanicals, Lahav and Lev turned to the ancient Indian botanical gymnema, (Gymnema sylvestre) known from Ayurvedic tradition for its positive effect on glucose metabolism. In India, it is known as “gurmar,” Hindi for “sugar destroyer.” It was said to inhibit sugar absorption beyond its effect on the tongue. “The atomic arrangement of bioactive gymnemic acid molecules is actually similar to that of glucose molecules,” explains Lev. “These molecules fill the receptor locations on the taste buds and prevent activation by sugar molecules present in the food, thereby curbing the sugar craving.”

In India, gurmar leaves are chewed to elicit the effect. “We were startled by how quickly this works,” notes Lev. “We sought a more effective, fun, and convenient delivery method for this herb, and so set out to overcome its characteristic bitter flavour.” The duo experimented with homemade chewing gum recipes at first, using home gum-making kits. Then they combined the techniques with their nutritional knowledge to derive an ideal recipe using a few select natural sweeteners. The formula was further perfected with the help of a Israeli confectionary manufacturer. Today, following sourcing of organic gymnema leaves in India, the start-up manufactures its plant-based gum in a facility in Italy approved for producing functional supplements and is available in two flavours: peppermint, lemon and ginger.

The gum has undergone a successful pilot study at the Obesity Research Center of the Sheba Medical Center in Israel. One of the participants stated: “I chew the gum twice a day when I get the urge for something sweet, and I feel that the sweet I eat is tasteless. I even tried a chocolate mousse and it tasted sour! Most surprising is that I have no desire to eat.”

“The gum works on both a physical and a psychological level,” adds Lahav “Most people crave something sweet at certain times of the day, usually after lunch and at night. Over time, it becomes an automatic instinct that makes the habit even harder to break. Chewing Sweet Victory gum at those challenging moments can slowly break bad habits and help build better, healthier habits.” Further clinical trials to determine its effect on blood sugar levels in persons with diabetes are in the pipeline.

Sweet Victory is available commercially in Panama, France, and Israel and will shortly make its way to the USA. From there, the start-up will gradually proceed with a global roll-out. 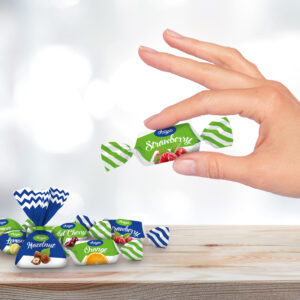 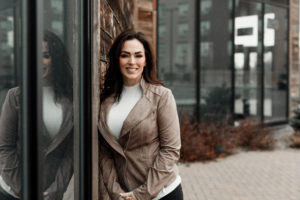