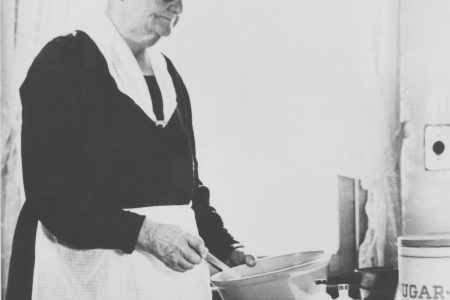 See’s Candies, a heritage candy company with over 100 years of history, has invited fans to join them in honouring the Founder, Mary See, from 10 to 18 September. Today, See’s has almost 250 shops across the US.

The company was first founded in 1921, as part of the “American dream”, following on from mother and son Mary and Charles See’s move from Canada and California. There Charles See decided to launch his own candy company, selling sweets made using his mother’s recipes.

Mother and son settled in Pasadena, California, where Mary began creating candy in the kitchen. Charles opened the first See’s Candies shop in Los Angeles in November 1921, he chose a recognisable black and white checkerboard theme, inspired by the kitchen the candy was first created in.

Many of See’s recipes are still made using Mary’s recipes, the company said, including Peanut Brittle, Victoria Toffee and Chocolate Walnut Fudge.

To join in with the celebration, fans are invited to look out for “special pricing” on See’s favourites, they’ll be able to enjoy Deal of the Day after it’s announced each morning on See’s social media channels – Facebook, Twitter and Instagram – and on See’s website. While supplies last, customers are also able to purchase a limited-time only Birthday Bundle which includes Birthday Wishes Peanut Brittle, Birthday Cake and Butterscotch Lollypop.

“Mary See’s motto, Quality Without Compromise, continues to guide the company and we are proud to uphold her high standards across all areas of our business,” concluded Pat Egan, President & CEO at See’s.