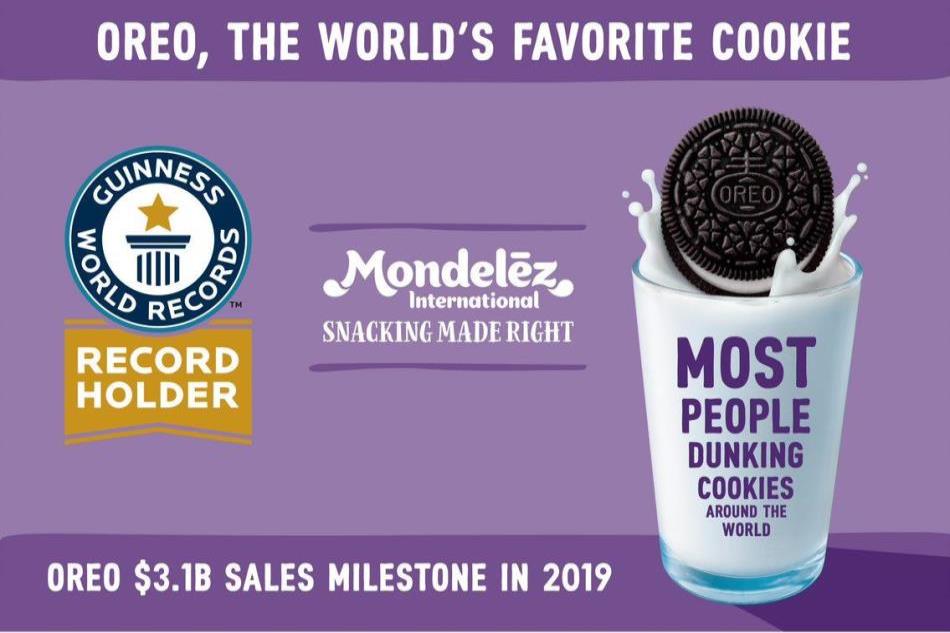 Mondelēz International is taking playful cookie moments to the next level with a Guinness World Records title attempt. The company has set a new Guinness World Records title for most people dunking cookies across multiple venues.The fun record attempt was coordinated to celebrate the Oreo cookie brand reaching a major milestone of $3.1 billion in annual net revenues by end of 2019.

The record attempt took place on January 30 when the Mondelēz International team across the world was invited to twist, lick and dunk Oreo cookies simultaneously as part of a live streaming event. Employees from 55locations representing 32countries around the globe participated in the attempt, setting the new Guinness World Records title at 5,066 people dunking cookies.

“We’re incredibly proud to be celebrating this sales milestone with the Oreo brand, and taking a playful moment to recognise this achievement with the full Mondelēz International family around the world,” said Dirk Van de Put, Chairman and CEO, Mondelēz International. “We’re looking forward to the continued growth of the brand, and hopefully to many more records to come!”

Oreo is the world’s favourite cookie, available in more than 100 countries around the globe. Approximately 34 billion Oreo cookies are sold each year, which is approximately 92 million cookies per day. An estimated 500 billion cookies have been sold since the first Oreo biscuit was developed in 1912.

Oreo is the largest brand owned by Mondelēz International, and one of six billion-dollar brands owned by the company, including Milka, Cadbury Dairy Milk, Ritz, Trident, and Halls.