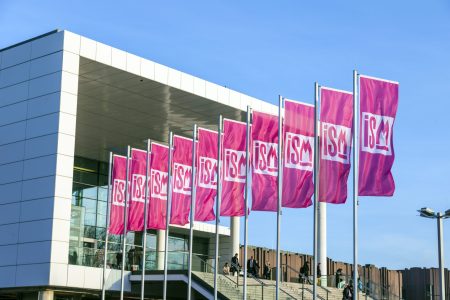 The top three innovations as per the International Sweets and Biscuit Fair (ISM) were announced at this year’s event in Cologne, Germany.

More than 130 products were in contention for the award, which celebrates innovation and snacks and was voted by show visitors at the New Product Showcase at ISM – Hall 2.2, Stand G 38/D 44 – between the 28th and 30th of January.

The 48th ISM took place between the 28th and 31st of January at Koelnmesse in Cologne, Germany, and featured 1,660 exhibitors from 73 countries.

The winners of the New Product Showcase were…

HPW won the award for creating value at the origin of Ghana, with their fruit snacks being produced in the African country.

The Swiss firm’s 100% dried fruit range had no fruit concentrate or added sugar, and the range itself – which has mango, pineapple-banana-lime, mango-passionfruit, mango-pineapple-lime and pineapple-passionfruit flavours – is certified vegan and gluten-free.

HPW source their fresh fruit from Ghana, while processing and packaging their fruit snacks at a facility close to the plantations, which they claim ensures that their fruit remains ripe and fresh.

Got7 Nutrition – a German startup – took second place for their protein-fortified wafers that are filled with cocoa cream, known as Brasiliero.

The gluten-free snack brand contains 20% protein, which is sourced from hazelnuts and whey protein isolate.

In addition, the product has no sugar added, and is also sweetened with sucralose and maltitol.

The bars, which come in 25g sizes, come in three flavours in Creamy Lucuma – a milk chocolate esque product – Dark Cherry & Almond, which has 85% cacao and Dark Baobab, which also has 85% cacao.

The company have also made a huge effort to use biodegradable packaging, while their cocoa – which is sourced from Ecuador – is processed at low temperatures. As well as this, their products are sweetened with coconut blossom sugar.