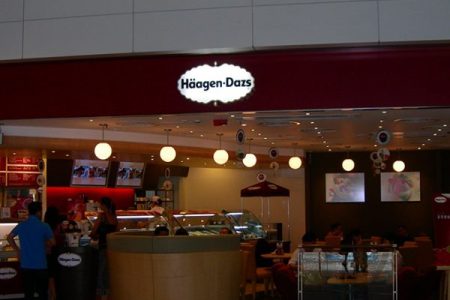 Ice cream lovers in New Zealand are set for a pleasant surprise as premium ice cream manufacturers Häagen-Dazs will finally be available in the country for the very first time.

The American cult-favourite, which has flavours such as macadamia nut brittle, salted caramel cheesecake and Belgian chocolate, will be hitting New Zealand supermarkets across the nation from September 12, which is just in time for the country’s spring period.

Häagen-Dazs began in the Bronx in New York City with just three flavours in chocolate, coffee and vanilla, but have since escalated into a luxury ice cream company over the course of a 50 year period since their first shop opened Brooklyn Heights back in 1976.

Reuben and Rose Mattus established the brand back in 1961, with the name having a deeper historical meaning as Mr Mattus – a Jewish man – opted for the ‘Danish sounding’ name as a tribute to Denmark’s exemplary treatment of the Jews during the Second World War.

Mr Mattus emigrated from Poland following his father’s death as a result of the First World War, with his widowed mother immigrating to New York City with her two children. Out there, they joined an uncle who happened to be in the Italian lemon-ice business in Brooklyn, and by the late 1920’s, the whole family had begun to make ice pops.

1929 saw the family making chocolate covered ice cream bars and sandwiches, which were delivered by horse-drawn wagon to neighbourhood stores in and around the Bronx area.

Häagen-Dazs now has franchises all through the United States as well as several other countries across the globe, which include the United Kingdom, India, China and Lebanon.

The company’s ice cream refuses to use stabilisers such as xanthin gum, carrageenan or guar gum, while there are also no stabilisers or emulsifiers apart from egg yolks. The creamy texture of Häagen-Dazs’ ice cream is partially down to the high butterfat content.

Last year, Häagen-Dazs started to phase out GMO ingredients from their products, and they’re renowned for their inventive flavour pairings – including pineapple coconut, rum raisin, and chocolate peanut butter.