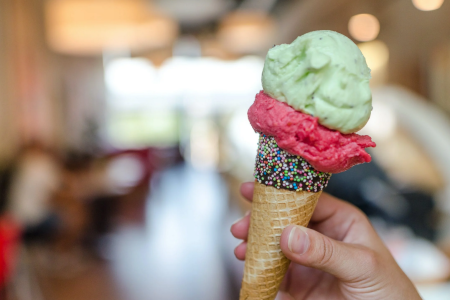 Ferrero Group and Wells Enterprises announced an agreement in which Ferrero will acquire Wells, its operations and its ice cream brands which include Blue Bunny, Blue Ribbon Classics, Bomb Pop and Halo Top. The acquisition is part of Ferrero’s growth ambitions in the ice cream category.

Wells will remain a stand-alone business with its offices in Le Mars, Iowa and production operations in Le Mars, Henderson in Nevada and Dunkirk, New York. Once the transaction closes, Mike Wells, member of the founding family and current CEO and Chief Engagement Officer, will serve as an advisor to help support the transition and maintain an active role in the Le Mars community. Current Wells President Liam Killeen will be named CEO and the existing leadership team will remain in place.

“We are a 100-year-old company focused on adapting for the next 100 years,” explained Mike Wells. “Ferrero is a like minded company with a commitment to providing high-quality, premium sweet-packaged food products that bring joy to consumers around the world. This acquisition puts the business in the best possible hands, and I look forward to supporting the entire Wells team and Ferrero with the transition.”

“This is an exciting day that accelerates growth and ensures a bright future for our company and everyone associated with it,” added Liam Killeen. “Ferrero’s brands and reputation for world-class quality are a perfect match with what has made Wells so successful – and we will be even better together going forward.”

The deal continues Ferrero’s expansion into the US following on from the acquisitions of Fannie May in 2017, a former Nestlé US confectionery business and Kellogg’s cookies and fruit snacks businesses in 2018. The company says its North American footprint expansion has been further strengthened through related parties including the acquisition of Ferrara Candy Company in 2017, a manufacturer of brands such as Nerds, Trolli, Sweet-tarts and Black Forest.

Other steps taken to expand in the region include the opening of a new Innovation Center and R&D Lab in Chicago, as well as two major expansions to its Illinois plant in Bloomington.

“I am delighted that Wells has agreed to join the Ferrero Group. This represents a win-win partnership, bringing together ice cream experts and confectionery champions. Together, we have the power of one and are well placed to grow and compete in the ice cream market,” commented Giovanni Ferrero, Executive Chairman of the Ferrero Group.

“As Wells transitions from one family to another, we are committed to a long and successful future, building on their legacy of fantastic products and looking after the welfare of employees and the wider community in Le Mars,” Giovanni Ferrero added. “I strongly believe that Wells and Ferrero are the perfect match and would like to thank Mike Wells and the Wells family for entrusting ownership of this great company to us.”

The transaction is expected to close in early 2023.