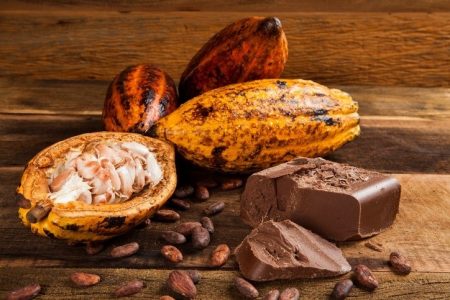 On World Chocolate Day, Fairtrade America launched a campaign to generate broader awareness of the unjust wage that farmers receive to produce the goods that we rely on every day, including cocoa. The “It’s Only Fair” campaign features three videos connecting shoppers in the U.S. to smallholder cocoa farmers in West Africa and the dire issues farmers are facing around the world by disrupting people’s routines with the simple question, “How long would you work for $1?” Because of the unfair and unjust realities of the global food market, many cocoa farmers work an entire day for between $0.78-$1.00. That is significantly below the international poverty line. Through this new campaign, Fairtrade America hopes to turn this big global issue into a more relatable problem, inspiring viewers to pause, reflect, learn and share about the impact unfair trade has on farmers and workers around the world.

Globally, cocoa and chocolate are a $48.29 billion industry that is expected to grow, yet cocoa farmers are currently battling inflation, rising production costs, the climate crisis and COVID-19 related challenges, all whilst the price they earn for cocoa hasn’t risen to meet these changes. As they navigate these challenges, they are asking for the same fair business practices and respect any entrepreneur would desire so they can have a sustainable future in farming.

Smallholder, family-run farms with less than five acres of land and average yield between 1,300-1,760 lbs per year of cocoa provide 90% of the world’s cocoa beans. The cocoa industry is an important source of revenue for about 50 million people.

Because of unfair trading practices, many farmers and workers around the world can’t make a living wage, no matter how hard they work. Extreme poverty can also lead to other problems, like deforestation and child labour. Farmers are forced to answer unthinkable questions, like “Should I preserve this forest? Or should I clear it to feed my family?” These aren’t new problems. For decades, corporations and governments have seen and ignored them, or failed to address the root of the issue – poverty. The promising news is that as more and more consumers demand change, companies and governments will need to take action. A recent study found that shoppers in the U.S. are willing to pay up to 30% more per bar for Fairtrade chocolate, so why aren’t we paying more?

“Farmers aren’t getting a fair deal. This is not only unjust, it is also unsustainable,” shared Peg Willingham, Executive Director of Fairtrade America. “Fairtrade believes that everyone deserves a decent standard of living. It’s only fair to pay a price that supports an existence worthy of human dignity.”

A recent report from Mainlevel Consulting commissioned by Fairtrade found that Fairtrade positively impacts certified farmers and their communities when compared to non-Fairtrade certified farmers, particularly in times of difficulty and distress. However, researchers also identified significant challenges that risk undermining the gains Fairtrade farmers have achieved and that threaten their livelihoods. The advantages of the Fairtrade system are falling under increasing pressure from compounding global calamities such as the climate crisis, COVID-19, and prices that are too low to cover rising costs of farming and daily life. The study also warns that progress toward reducing poverty – as well as the goal of achieving living incomes – will be stalled, if not reversed, if farmers are not paid more.