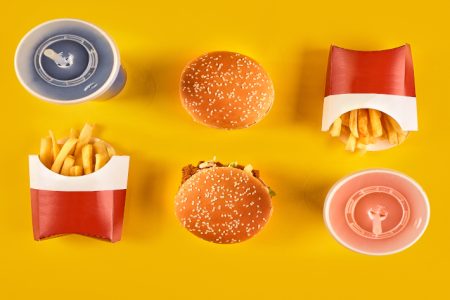 Adverts that target children in online video games, apps, social media and other digital platforms are fuelling the obesity crisis and need to be regulated, according to a new evidence dossier published by the World Obesity Federation.

Powerful targeting techniques that track children’s online behaviour – including their browsing history, location, preferences, “likes” and even their emotions – are being used by advertisers to persuade children to purchase foods and drinks high in fat, sugar and salt (HFSS). This includes using data from children who play game consoles, where advertisers can identify when they might be particularly emotive or vulnerable – such as needing to reach the next level – to help inform their approach to delivering ads at the right time.

Digital marketing and the expansion of online platforms has also made it harder for parents to identify and moderate the adverts and content that their children are exposed to. Given the ability for digital marketing to be so targeted to the user, parents are often unaware of the advertisements their children view, and many won’t recognise more subtle advertising techniques such as advergames.

The evidence dossier collates research from a range of sources to support the planning, design and implementation of digital marketing regulations. Digital marketing is far more effective in targeting children than broadcast advertising but is virtually unrestricted. Using the evidence available and a series of case studies, the World Obesity Federation makes a series of recommendations for policy makers across the European Union, including:

Hannah Brinsden, Head of Policy at World Obesity, said: “Of the 53 countries in Europe, only half have taken any steps to limit marketing of HFSS foods to children, eight years after WHO recommendations were published. Of these, few countries have regulated and even fewer have addressed digital marketing. Meanwhile, evidence shows that introducing restrictions would reduce purchase and intake of these HFSS foods, and thus contribute to reducing BMI and millions in cost savings.

“Children are particularly exposed to the effects of food and beverage marketing as they can be deliberately targeted at moments when they are at their most vulnerable, exploiting their emotions. It’s time for governments to seize the moment and develop statutory regulations to safeguard children from the unrestricted power of junk food advertising.”

Food marketing is disproportionately skewed towards those HFSS foods, rather than foods which are widely recognised as an important part of a healthy diet. The advertising and marketing budgets also dwarf those of government healthy eating campaigns – in the UK, a recent BMJ analysis showed that the top 18 national brands spent more than £143 million on advertising, corresponding to around 27.5 times more the annual government’s spending budget on healthy eating campaigns.

The new in-depth review, funded by the 3rd Health Programme of the European Commission, includes all known evidence and research relating to the marketing of foods to children and is designed to support policymakers across Europe when implementing marketing regulations.

It highlights the fact that eight years since the World Health Organisation (WHO) published its recommendations on the marketing of foods and non-alcoholic beverages, almost half of countries in Europe have failed to take any action, despite childhood obesity being recognised as one of the most serious global public health challenges of the 21st century. Of the 53 countries in the WHO Euro region, 54% report that they have taken steps to limit marketing of these foods to children, whilst 46% have taken no action.

The evidence dossier includes findings that identify three types of regulation relating to food and beverage advertising aimed at children: Statutory regulations, Non-statutory government guidelines and the heavily favoured self-regulation. Spain is cited as an example where self–regulation has failed to substantially reduce the high volume and significant impact of food and beverage marketing on children.