BDSI warns against labour shortages among others 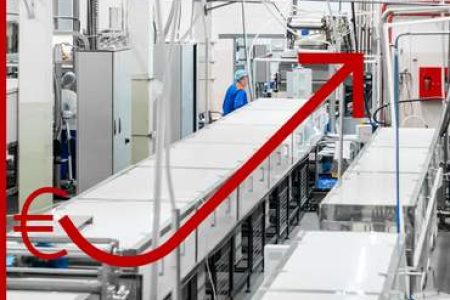 The shortage of workers in the German confectionery industry is becoming a serious problem, the Federal Association of the German Confectionery Industry (BDSI) has warned, as it reports over 200 companies with around 60,000 employees.

84% of companies working in the German confectionery industry have reported issues with filling vacancies for jobs in production that don’t require training. More than 50% of companies also have problems finding suitable trainees for nutritional or technical professions, and it can take up to a year to fill vacancies for trainees. In many cases, the positions remain vacant.

There are currently two million vacancies in German companies with a continuously shrinking working age population of around 400,000 people a year. The initiative on the part of the German federal government to recruit skilled works is ineffective, according to the BDSI.

“One of the central challenges for almost all companies in our industry is the recruitment of workers, especially in production, but also in many other fields of work. We not only need skilled workers from abroad, but also urgently need workers for simple production activities,” explained Bastian Fassin, Chairman of the BDSI. “It is good and right that the federal government wants to introduce a new immigration law. However, this must take into account the workforce required by the company, come quickly and be designed in an unbureaucratic manner.”

Concerns for small- and medium-sized businesses in the German confectionery industry have centered on rising costs for energy and raw materials, as well as interrupted supply chains and raw material availability.

“The enormous cost burden is increasingly becoming a location decision for our companies or even a question of existence. Not only the sharp rise in energy and raw material costs in 2022 will have an impact, but also location-related burdens, which have been above average in Germany for a long time,” said Dr. Carsten Bernoth, General Manager of the Federal Association of the BDSI. “These include labour costs, taxes and bureaucratic burdens, but also the ever-worsening labour shortage. Our manufacturers can no longer compensate for these significant cost increases through savings or partial pass-through in the sales prices.”

Relief measures have been decided by the government but have to be examined under EU law, companies are expecting significant additional costs for electricity and gas. Massive cost increases on the raw materials markets have seen sugar go up by 100% in price, glucose by 200%, butter by 57%, milk powder by 40% and wheat by 60%.

The BDSI says that politicians in government need to continue to examine and take measures to relieve the burden on companies and actively reduce costs, including a serious examination of existing and planned legislative projects.