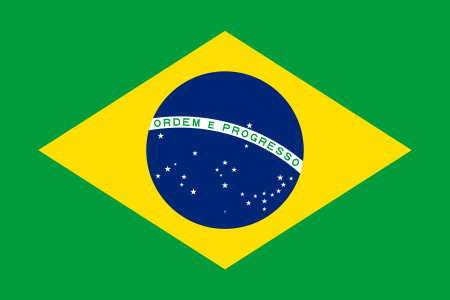 Brazilian confections were hugely popular in Europe in 2017, with vegan, sugar free and exotic flavours propelling the growth level of Brazilian exports of sweets, snacks and ingredients to the EU to over 73% in value, according to ABICAB – a trade body.

In confectionery alone, Brazilian exports to the EU added up to $83.1m in 2017, which was a substantial growth of 40% in relation to 2016, where $48.1m was generated, according to the Brazilian Cocoa, Chocolate, Peanut and Candies Manufacturers Association (ABICAB).

Across the globe, Brazil exported $499.5m worth of confectionery products, which includes gum, chocolate and candies, which is a 20% growth in comparison to 2016.

In addition, the ABICAB figures for 2017 also highlighted that exports of Brazilian cereal-based packaged food to the EU doubled in volume, rising by 50% exactly.

During the recent ISM trade fair in Germany, ABICAB outlined some of the regional brands that resonate well with consumer trends in mature markets.

For example, Riclan launched Toffee Zero Lactose – a milk caramel chewy candy that is free from lactose in milk and chocolate flavours- and Pocket, which is a sugar free hard candy in milk and Brazilian coffee flavours, said Atun.

Atun also added that the 60-year-old Peccin have been investing in new product platforms, and launched a candy with super fruit Acai berry, and Trento Lemon, which is a filled wafer covered in white chocolate.

As well as Peccin, Embare – a caramel producer for close to four decades – managed to develop a line of caramel in no less than six traditional Brazilian flavours especially for the European market. These flavours were mango, pitanga (Brazilian cherry), Acai berry, papaya, cupuacu and soursop, and have planned investments for $6m in their plant for 2018.

Atun did also point out that Europe is a “competitive market” for the confectionery market, as Brazilian products are competing against a swathe of large CPG companies. Atun also hopes that exports can maintain their exceptional growth in 2018.