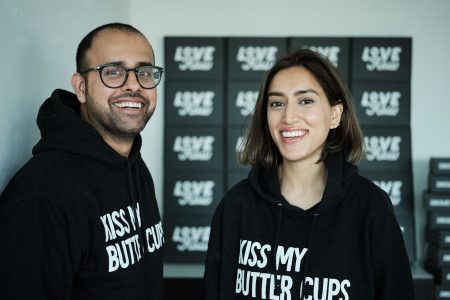 LoveRaw, a plant-based chocolate business, have called for World Vegan Month to be ‘cancelled’ in an open letter published on its website.

The creators of the brand, which produces truly delicious vegan confectionary that tastes even better than traditional chocolate, say that the month, founded by the Vegan Society in 1994, has been a success, but changes in consumer behaviour and on supermarket shelves mean that Brits should instead become ‘Unvegan Vegans’ all year round.

The ‘Unvegan Vegan’ is a term coined by LoveRaw to describe an individual who embraces the plant-based diet, all the time, or some of the time, and understands that new plant-based products mean that going vegan isn’t about losing out on taste or health, as the brand says on its website, “Everyday people vegans who liked their treats to taste like treats”.

Brits are eating more plant-based products than ever before and the meat-free and vegan-dairy markets have doubled in size over the past five years and are now worth just under £600m each. The vegan marketplace is brimming with meat and dairy alternatives, which LoveRaw believe beat the traditional variety on taste, health and environmental impact, meaning that a plant-based diet no longer needs to be about sacrificing something.

Rimi Thapar, Founder of LoveRaw said, “We’re not cancelling being vegan. We just think there are so many great brands serving you delicious plant-based options it should be all year round.

“At LoveRaw, we say why be perfect just for one month when being imperfect all year round is better? We call this being an Unvegan Vegan. Being an Unvegan Vegan 24/7, 365 has a huge impact and it’s not a big “all-in-one-go” approach which can be daunting to start and difficult to keep up!

“We think the Vegan Society did an amazing job of launching World Vegan Month back in 1994 and the movement has come a long way, but vegan options are now more easily accessible, they taste way better and it has never been easier to embrace plant-based options into daily life.”

Started by husband-and-wife team Rimi and Manav Thapar in 2013 with a budget of just £600, LoveRaw has strong principles of only making products which are ethical and sustainable with no artificial nonsense or palm oil. LoveRaw has three unique ranges: Cre&m Wafer Bars, Butter Cups and M:lk Choc Bars. Each are designed to smash the taste buds with flavour and can be enjoyed by anyone, whether they’re extremely vegan, sometimes vegan, ‘unvegan vegan’ or just vegan curious.