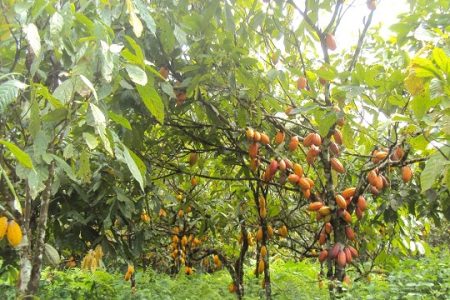 Held every three years, the sixth European Union-African Union Summit in February was an occasion for African leaders to drum up investment in their countries and for European players to show they haven’t abandoned the continent. The event, held in Brussels this year and postponed several times due to the Covid-19 pandemic, raised €150 billion (CHF156.5 billion) in investment pledges for energy, transport and digital infrastructure in Africa.

It was also an opportunity for the heads of two of the world’s biggest cocoa producers – Ghanaian President Nana Akufo-Addo and his Ivorian counterpart Alassane Ouattara – to get something off their chests. Both expressed concerns to the president of the European parliament, Roberta Metsola, about proposed new EU regulations on deforestation that could hurt their cocoa exports; Ghana and Ivory Coast together account for over 60% of global cocoa bean production.

In November 2021, the EU Commission tabled a proposal for a regulation on deforestation-free supply chains. Cocoa was one of one of five global commodities selected for more regulation. The report states that cocoa alone is responsible for 7.5% of all EU-driven deforestation globally.

One of the options on the table is a complete ban of cocoa products linked to deforestation from entering the EU market. The proposal admitted that such a regulation “will affect sectors that are essential for the economies of particular countries” such as Ghana and the Ivory Coast and that it would require “intensified bilateral engagement”. The proposal has to be agreed on and adopted by the Council of the EU and the European parliament, which can take up to three years.

In a joint statement on the last day of the EU-Africa summit, Akufo-Addo and Ouattara warned of the “risk of increasing poverty among cocoa farmers in both countries if the current proposed deforestation legislation is adopted as it is without considering the adverse impact it will have on the income of the many small holder farmers”.

Europe is the biggest buyer of cocoa beans for further processing in the world. Close to 40% of the annual global cocoa bean harvest was processed in Europe into cocoa mass, cocoa butter, cocoa powder, chocolate or other cocoa products.

The corporate drive for zero deforestation cocoa is having serious consequences in West Africa. In November 2020, Nestlé announced that it was excluding 4,300 cocoa farmers in Ghana and Ivory Coast from its supply chain to meet its sustainable cocoa commitments. Their fault: growing cocoa in protected areas and designated forest land.

In Ivory Coast, 3,700 farmers were excluded as their fields were located in classified forests which are lower grade forests compared to national parks but still no-go zones for certification agencies. In Ghana, 668 cocoa farmers were found to be cultivating 912 fields in national parks and forest reserves.

“Some of these farms have been established for over 20 years but fall within what is officially designated as ‘forest’,” said Nestlé in its 2020 Tackling Deforestation progress report. 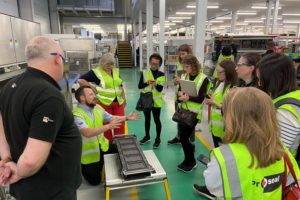 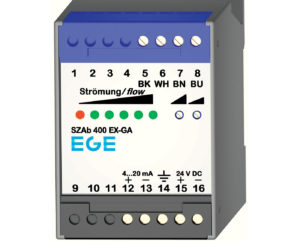