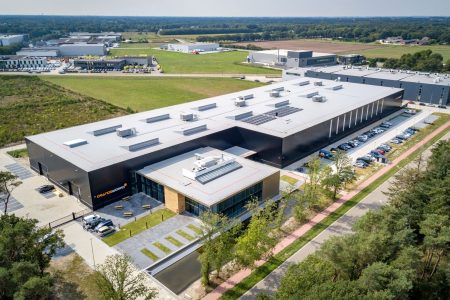 Founded in 1970, Orangeworks has grown into a supplier of process technology and industrial automation for companies in the chocolate and confectionery industry. In 2020, they acquired Tanis Food Tec, which led to their strong position in the market for sweets and confectionery, chocolate and cacao, and the bakery industry. Orangeworks is expecting a turnover of EU€40 million in 2022.

VADO is a long-term investor and focuses on companies in the manufacturing industry. Its focus are companies active in high tec and semicon, food and pharma, automative and intralogistics, and energy and energy transition. VADO companies have a wide range of capabilities to provide clients with integrated products and services, with Orangeworks being an important expansion in the food industry segment.

“We connected through mutual networks and it soon became clear that there was a good fit. It is a well-respected company that counts renowned international brands among its clientele,” explained Aart Fortanier, CEO of VADO. “The experienced management and involved employees are already fully engaged in seizing international growth opportunities.”

Under Jan de Wringer’s leadership, the Owner and Major Shareholder of Orangeworks since 2005, the company has become international.

“VADO can continue the trend of growth while maintaining Orangeworks’ core values. VADO’s style matches strongly with that of Orangeworks,” he said.

“We have developed strongly in recent years in the field of integrated process lines for the processing and preparation of sweets and confectionary as well as liquids in the food industry,” added Koen Verstegen, CEO of Orangeworks.