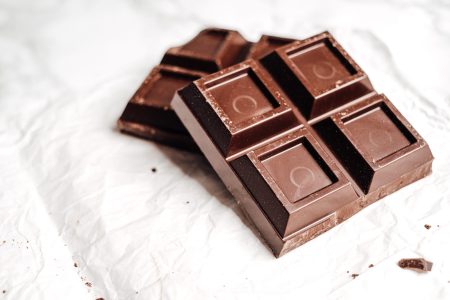 Tony’s Chocolonely, the chocolate-making impact company on a mission to create a fairer chocolate industry, releases their annual FAIR report this week, sharing their results and learnings from the past financial year and the ambitions for their next chapter.

On September 11, 2011, Tony’s Chocolonely barely netted €1 million in turnover. 10 years and 2 weeks later, Tony’s crossed the €100M revenue mark for the first time – a testament to chocolate fans who support the brand’s mission and prove that Tony’s impact-driven business model works. This is further cemented by Tony’s global business growing by 24%, in no small part driven by success in the UK.  Net revenues rose from €88.4 million to €109.6 million. Gross margin also exceeded target and increased from 42.4% to 46.2%.

“For us, reaching these milestones is not only proof that we are heading in the right direction, but confirmation that we’ve entered a new era of Tony’s Chocolonely, taking our mission to the next level on the global stage,” says Henk Jan Beltman, Chief Chocolate Officer (CEO) at Tony’s Chocolonely.

A key contributor to Tony’s growth was the acquisition of the Althaea-De Laet factory in April 2021. Operating its own factory enables Tony’s to innovate faster and scale up the amount of beans sourced using Tony’s 5 Sourcing Principles.

This financial year saw a record amount of cocoa beans (an increase of over 87%) sourced via Tony’s Open Chain – the industry-led initiative that enables other brands to make chocolate using Tony’s 5 Sourcing Principles. Mission allies Albert Heijn, ALDI, Jokolade and Vly Foods collectively increased the beans sourced via Tony’s Open Chain by more than 237%. This means that 22% of chocolate bars in the Netherlands (based on revenue share) are made according to Tony’s 5 Sourcing Principles.

Using the Child Labor Monitoring and Remediation System (CLMRS), Tony’s remediated 366 cases of child labor in the past year – an increase of 67% compared to last year.

A successful track record of remediating child labor cases is also reflected in the low prevalence of child labor at Tony’s 5 long-term partners, at 3.9% (versus the industry average of 50%). Tony’s ambition remains to eradicate child labor and modern slavery completely – not just their chocolate, but all chocolate worldwide.

The reality is, with Tony’s growth in sales and consequently, more cooperatives are onboarded each year. With every new cooperative onboarded, new cases of illegal child labor are identified.

This year Tony’s onboarded 2 new co-ops and found 1,701 cases of child labor, which Tony’s is now working on remediating.

Paul Schoenmakers, Head of Impact at Tony’s Chocolonely, says: “Finding cases is the only way to resolve them. We take responsibility and remediate every child labor case we find, rather than look the other way. Change is a process, and the stark difference in rates of prevalence shows that we’re on the right track.

In line with a shift in focus on international expansion and on the ground impact, Tony’s has decided not to continue the build of its own chocolate factory: Tony’s Chocolonely Chocolate Circus (TCCC) in Zaandam, the Netherlands. Instead, the company plans to reinvest the capital requirements of this site into growing global brand and issue awareness, driving team expansion with more local expertise in the markets, and most importantly, creating impact on the ground with cocoa farmers.

Tony’s acquired the Althea de Laet factory in 2021 – the Belgian choco-molding and Fairtrade experts who we partnered with since day 1. The expenses of the acquisition, together with a few other exceptional one-off costs, including the Tony’s Chocolonely Chocolate Circus, were absorbed into the company results – meaning that Tony’s saw a loss of -4.3%. Important to note is that, without these one-off expenses and depreciations, the chocolate business remains profitable (with a net profit of ~1%).

Jan Huij, Chief Financial Officer says: “In the coming year, we are doubling down on driving brand and issue awareness globally as well as accelerating growth in our international markets – ultimately creating more impact on the ground in West Africa. Due to the pivot in strategy, we have decided not to continue the build of Tony’s Chocolonely Chocolate Circus. We believe it’s the right decision to help take our growth and impact to the next level to achieve our mission.”