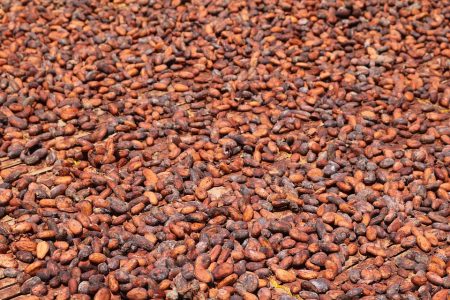 It was an outstanding Q1 for Barry Callebaut, who reported sales volume growth above the global chocolate market during the first three months of fiscal 2017/18, however their revenues actually slightly declined due to lower cocoa prices.

According to Nielsen data, sales volume in the global chocolate confectionery market grew 3.1% over that same period.

The Swiss manufacturer’s Global Cocoa arm also took a nosedive, with revenues down a staggering 13.4%, despite volume growth of 7.4% in the division to a very credible 120.533 metric tonnes (MT).

“This is mainly due to the impact of lower cocoa prices and other lower raw material prices, which, based on the company’s cost-plus model, are for the majority of its business passed on to customers,” said the company in a release.

The average price of cocoa beans dropped by 27.4% in Barry Callebaut’s Q1, as opposed to the same period the previous year, as favourable weather in Cote d’Ivoire saw supply outstrip grindings.

“Although cocoa bean demand picked up in most of the regions due to lower prices, the 2017/18 season is likely to show a small surplus overall,” said Barry Callebait in its release.

On the whole though, Barry Callebaut’s core Food Manufacturers business – which supplies chocolate to a host of big names in the industry – posted very strong growth in volume (+8%) and value (+4.5%).