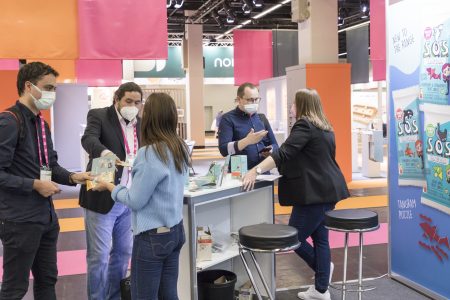 After the announcement that ISM 2023 was being postponed until April, the event has recorded a high number of applications. The trade fair for sweets and snacks has already received applications from 56 countries on all continents, as well as a current 40% increase in space booked compared to last year’s event. More than 30 pavilions have already confirmed their participation, including applications from Austria, Belgium, the Czech Republic, Denmark, France, Great Britain, Greece, Hong Kong, Ireland, Italy, the Netherlands, Poland, Portugal, Spain, Sweden, Switzerland, Turkey, Ukraine, the USA. Also groups from the People’s Republic of China, Latvia, Lithuania and Taiwan, which didn’t take part in 2022, are back on board again too.

Alongside individual stand areas, the trade fair also offers special zones for start-ups or newcomers and theme-oriented areas such as Trend Snacks or the specialised trade section “Finest Creations – hand-crafted”. The latter celebrated its debut in 2022 and attracted a high level of interest.

The event will focus on the themes and challenges of the industry, like the challenges in the climate, raw materials, energy, supply chains, logistics, health and digitalisation are the key themes of the supporting programme of ISM 2023. As an international industry meeting point, the trade fair also offers a display window for solutions and new product ideas.

“In the course of this discussion, resilience and a sustainable, resource-saving production of sweets and snacks is called for more than ever. At the coming edition, beside the presentation of products, the emphasis will above all lie on the contents and themes of the industry. The personal exchange plays a significant role here, which we are dedicating new event and networking formats,” explained Sabine Schommer, Director ISM.

The largest network for the sweets and snacks industry worldwide, which comprises of ISM in Cologne and ISM Japan in Tokyo together with ISM Middle East in Dubai, offers additional themes from the international markets, which are integrated into the event programme of ISM.