Next phase of Premier League partnership kicked off by Cadbury 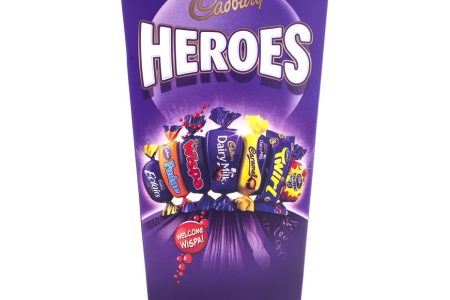 Consumers are being offered the chance to win spending a day with a footballing legend by Cadbury, as part of their second phase for their Premier League partnership.

From January until the 31st of March, Cadbury’s new promotion will offer consumers the possibility to win an experience day with either Michael Owen, Thierry Henry, Ian Wright and Jamie Redknapp.

Wright was Arsenal’s all-time top scorer until Henry overtook him, and has won the Premier League and the FA Cup, while Redknapp won the League Cup and made 295 Premier League appearances, featuring for Liverpool, Tottenham Hotspur and Southampton.

In addition to this, there are thousands of instant win prizes up for grabs – including pairs of match tickets as well as Cadbury Premier League merchandise. Anyone who buys a Cadbury Dairy Milk core range single or a tablet has a chance to win, but in order to do so, they need to go to CadburyLegends.com and scan the logo.

Backed by a £4m campaign, which includes a digital and an out of home campaign as well as POS and pre-fills, the promotion is trying to get more people to pick up Cadbury single and tablet items.

Speaking about the deal, Katrina Davison, brand manager for Cadbury Dairy Milk, was very eager to push things forward as a result of this.

“Mondelēz International has been a great contributor to incremental growth for chocolate singles, particularly within the first quarter of the year,” Davison said.

“What’s more, our first and broadest on-pack promotion with the Premier League is driving excellent results – double digit growth in grocery channels and Mondelez is driving penetration gains across the market.

“We’re eager to push growth even further with our latest promotion. We’ve focused on our core range, which are legends themselves within the confectionery category, and coupled it with strong support so we expect demand to be high.”