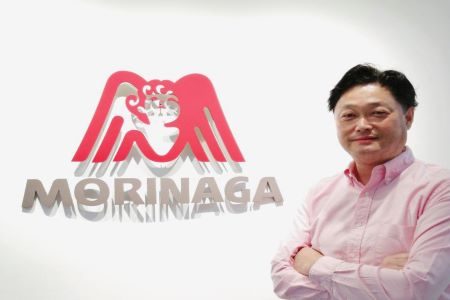 Morinaga America, Inc. (MAI), the official distributor of HI-CHEW, has announced that tenured Morinaga executive Teruhiro Kawabe (Terry) has been appointed President, Chief Executive Officer (CEO) of MAI as of this month. Kawabe will focus on increasing manufacturing and distribution of MAI products, as well as, supporting the marketing team to increase awareness and purchase intent for MAI brands across North and South America markets. With this shift at the executive level, former MAI CEO Mr. Masanori Yasunaga is taking the position of Chairman of the Board. In this role, Yasunaga will oversee the MAI business, as well as Morinaga America Foods (MAF), the manufacturer of HI-CHEW.

Kawabe has worked with Morinaga for over 30 years, previously serving as President and CEO of Morinaga Asia Pacific (MAP) in Bangkok, Thailand. During his tenure with MAP, Kawabe grew the HI-CHEW™ brand’s distribution footprint throughout New Zealand and Australia, tripling the sales volume in just three years. This new role as President, CEO of MAI is Kawabe’s second working on growing the HI-CHEW™ brand in the U.S., as he previously held the position of Senior Vice President and Chief Operating Officer from 2012 to 2016. During that time, he introduced HI-CHEW™ to the mainstream market through distribution expansion in the grocery, food, drug, mass, and convenience channels of trade.

“I’m very excited to be back in the United States again working with MAI on this special brand,” said Terry, President, CEO of Morinaga America, Inc. “This will be a huge year of growth for our company as we look forward to introducing new products to our HI-CHEW portfolio, as well as launching additional Morinaga brands into the U.S. market. We want to continue to deliver new and unique flavours that we know our consumers will enjoy.”

Morinaga America, Inc is the official distributor of HI-CHEW, the immensely fruity, intensely chewy candy, in the United States. The company was first established in Torrance, California in 2008. After continued growth and expansion, Morinaga America Foods (MAF) opened as a manufacturing plant in Mebane, North Carolina in 2015 to help keep up with the growing demand in the U.S. market. HI-CHEW has a passion for flavour innovation and continues to conduct extensive research to develop new products, with exciting innovations on the horizon this year.