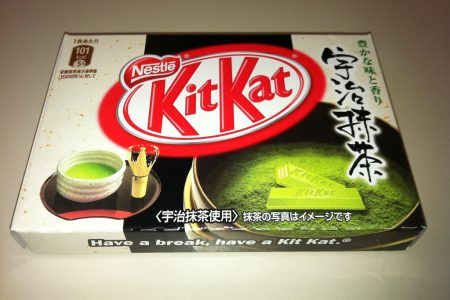 ​Chocolate lovers in Kyoto, Japan are now able to customise their own Uji Matcha green tea Kit Kat, by including their photographs on the packaging.

There is now a vending machine in the Japan Rail Kyoto station, which is there specifically to create limited edition ‘Travel Memories Kit Kat’ for customers. The end result can also be mailed as souvenirs or gifts with there inclusion of the address and a stamp.

The machine is mainly targeted at tourists that will want to send back a unique memento of their Japan trip to friends or family, and to those who generally want to create something different for themselves.

In addition, the packaging itself contains a ‘photo stand’ segment which enables it to be displayed. The machine will only be available until April 2018.

Using the machine will cost 400 yen ($3.51 or £2.65) and this cost includes the Matcha Kit Kat. In order to work the picture setting, users will have to connect either their probe or a memory card to the machine.

Since 2010, Kit Kat have offered packaging with customised photos and messages, and this service is aptly named Choco Labo, or chocolate lab.

Every year, Nestle Japan get tens of thousands of orders, while customised Kit Kats are hugely popular as gifts for notable occasions, such as Valentine’s Day, birthdays and weddings.

However, despite the popularity, this is only the first time that it’s been available in what is essentially a self-service machine.

Nestle Japan are going to be using this as a test run of sorts however, and if it is successful, they will not only consider taking the machine across the nation in the near future, but also look at rolling out new flavours.

In Japan, Kit Kat is incredibly popular and conjures up some remarkable flavours, which include sushi, wasabi and sake.