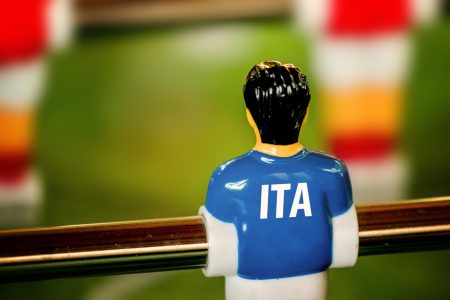 Italian confectionery brand Goleador have completed a transfer signing of sorts by penning a partnership agreement with the Italian Football Federation (FIGC), who are the governing body for football (soccer) in Italy.

Goleador, who are owned by Italian parent company Parfetti Van Melle, will now have images of the national football team – nicknamed the Azzurri – on its two-sided sweet packaging, with the four-time World Cup winners aiming to qualify for the 2018 World Cup in Russia.

Gian Piero Ventura​’s men were dealt the short straw in their qualifying group as they were paired with Spain in Group G – who won their qualification group – however, the Italians are well on course to qualify via the play-off system, which they mathematically secured with relative ease. Italy will now face one of seven other second placed teams from the group stages to try and book their place in Russia.

In regards to the sponsorship, the financial terms for the agreement haven’t been disclosed.

“The Goleador brand has a direct link with football,” Hartmann said. “We’re really proud to be together with the National Team in a partnership born of common values such as passion, determination, fraternity and team spirit. Our support for the team is an opportunity to look at football again as a sport based on loyalty, healthy fun and a way to share and show support. All for one, Goleador for all!”

FIGC president Carlo Tavecchio also spoke on the partnership, and claimed that Goleador’s passion for football was a factor going into negotiations.

“The support of the fans for the Azzurri shirt is important motivation for achieving any objective,” Tavecchio said. “For this, we are happy to have a well-loved brand such as Goleador as a sponsor, it’s always been a symbol of sharing and passion for football which is a sport that can unite generations, especially when Italy play.”