Hagens Berman: Hershey’s and Mars hit with lawsuits over alleged use of child and slave labour 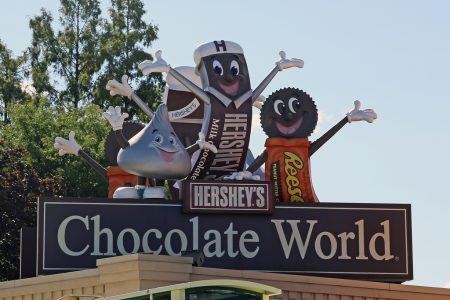 The Hershey Co. and Mars Inc. are facing two class-action lawsuits filed by Massachusetts consumers stating the two companies – like Nestle – hid from purchasers that they regularly import cocoa beans from suppliers in the Ivory Coast using the worst forms of child labour as recognised by the UN, including dangerous child labour and the slave labour of trafficked children, according to Hagens Berman.​

“Like Nestle, Mars and Hershey’s have failed to take action on this issue, despite clear knowledge of their support of the use of child and slave labour, and have also failed to inform consumers at point-of-sale that their purchases are supporting this supply chain linked directly to atrocious human rights violations,” said Steve Berman, managing partner of Hagens Berman.​

Mars and Hershey’s are two of the largest and most profitable food conglomerates in the United States, according to the lawsuit.​

Which Chocolates Are Affected?

Much of the chocolate candy produced by Hershey’s and Mars is affected, including:

The lawsuit states that in 2001, the chocolate industry – including Hershey’s and Mars – agreed to the Harkin-Engel Protocol and promised to eliminate the worst forms of child labor in the Ivory Coast by 2005. The two defendants, and other signatories, promised to work “wholeheartedly…to fulfill the letter and spirit of this Protocol, and to do so in accordance with the deadlines prescribed herein.” However, the industry broke this promise repeatedly in a series of follow-up statements which postponed their deadline to act to 2008, to 2010, and now to 2020, according to the complaint.

The lawsuit filed on Feb. 23, 2018, in Massachusetts federal court, states that in violation of Massachusetts law, Mars and Hershey’s do not disclose that their suppliers in the Ivory Coast rely on child labourers and instead continues to profit from the child labour that supplies the chocolate sold to American consumers. Most of these child labourers engage in dangerous work, and some are even subject to conditions of modern-day slavery.