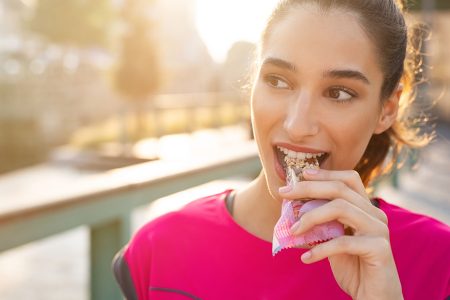 In Australia and New Zealand, the requirements for making a general level health claim are set out in in the FSANZ (Food Standards Australia New Zealand) Food Standards Code. Companies seeking to make a claim can undertake a systematic review of evidence of a causal food-health relationship.

This was possible for GanedenBC30 – a branded probiotic that can be used in multiple food and beverage categories – because it is supported by a wealth of scientific evidence.

Over 25 published papers support the efficacy of its benefits for digestive health. This allowed the ingredient’s manufacturers, Kerry, to conduct a comprehensive review in line with the ANZ Food Standards code.

In addition to the volume of evidence supporting its benefits, GanedenBC30 is a hardy spore-forming probiotic, allowing it to remain viable through shelf life and the low pH of stomach acid, as well as processing conditions like heat, shear and HPP pasteurization.

John Quilter, VP & General Manager for GanedenBC30, said: “As in the rest of the world, demand for probiotic products in Australia has soared in recent years. The door is now open for manufacturers to use messaging highlighting the many benefits of GanedenBC30.

“In addition to being backed by a wealth of scientific evidence, it’s a highly resilient probiotic strain, opening up opportunities for innovation in a range of food and beverage categories.”

The news comes as a new GanedenBC30 White Paper highlights evidence that the COVID-19 pandemic has further increased demand for claims backed by scientific substantiation.

Four in 10 (39%) consumers in a GlobalData survey, for example, said they had wanted more guidance on the health credentials of a product, or the effectiveness of its ingredients, since the outbreak.