Films 101 for packaging with flow-wrapping machines 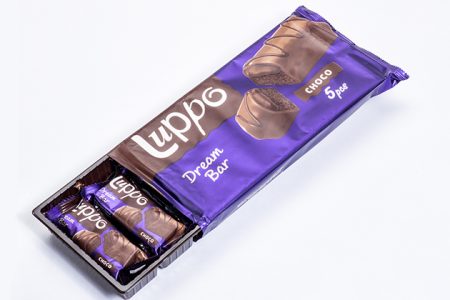 The packaging industry is facing a turning point in its history. And the trend towards more sustainable packaging materials with flow-wrapping machines, for example for films or trays, promises not to be a short-term fad. On the contrary, the legal requirements will probably become even stricter in the future. This article highlights what recyclable films can achieve today and which flow-wrapping machines can process sustainable films.

Recycling is the subject from which players in the packaging industry can currently profit most in the market. Recyclable films are received more positively by sensitised consumers, they cost manufacturers less in the dual system and give future-oriented companies a real competitive edge. Manufacturers who want to keep up with the pace are actively looking into alternatives to conventional composite film. In some cases, sustainable films are already available, while in others research and development is still in high demand. This is because not every recyclable material has properties that enable an automated and efficient solution with a packaging machine. However, even sustainable films suitable for automation cannot simply be processed in all flow-wrapping machines. Here, manufacturers need to pay particular attention to flexibility: Flexible flow-wrapping machines are able to pack with any type of film because they are designed to quickly change between different sealing technologies, film types and packaging formats.

Cold-sealing films are mass-produced goods, but are still around six per cent more expensive than heat-sealing films. They are suitable for very fast packaging processes and are often used for heat-sensitive products such as chocolate. The adhesive is only applied to the film at the splicing points and is only held in place by the pressure applied to the sealing seam by the sealing unit in the flow-wrapping machine. As the adhesives used for cold-sealing are based on latex, they tend to pull threads and lose their adhesive strength if stored improperly or for a long time.
In contrast to cold-sealing adhesives applied at specific points, the sealing layer of heat-sealing films extends over the entire film. A popular sealing medium is a sealing layer made of polyethylene (PE). During sealing, the film is heated and pressed together at the sealing seam so that the film parts melt together at the heated point. Both heat-sealing units and ultrasonic sealing units can be used for sealing in the flow-wrapping machine. However, the temperature and the duration of the sealing time always need to be taken into account in order to achieve an optimum result. Packaging machines that can be precisely regulated in these two points are at an advantage here.

The layers of a composite film consist of one or more bulk plastics, for example polypropylene (PP), polyethylene (PE) or polyethylene terephthalate (PET). The choice of plastics depends on the mechanical properties that the film should have. Important when packaging with a flow-wrapping machine is a high tear resistance, as well as a certain flexibility in order to be able to form and fold the film well into a tube shape. With the barrier layer, further materials are added – often solved by a visually appealing, shiny metallisation. The barrier or barrier layers extend the shelf life of the products to several weeks or months. The special material prevents the exchange of oxygen between the environment and the inside of the packaging, while keeping the aroma in the product and external odours away. Depending on the product, the barrier layers also act as a water vapour barrier, grease barrier or UV barrier. In addition to this compound, a sealing layer made of other materials is added, which is what makes sealing the film possible in the first place. The different materials prevent sustainable recycling of the composite films.

Although mono films also consist of several layers because of their greater stability, these are made of only one type of plastic. Only the pure material of the mono films allows the plastics to be recycled. In order to nevertheless guarantee the durability of the products, a foreign content of five per cent is permitted in mono films. As a rule, the portion is used for the barrier layer. Most often mono films are made of PP. The material is inexpensive and can be processed into exceptionally thin films. Furthermore, PP can be processed in such a way that the plastic becomes sealable. Compared with composite films, whose sealing layer is around 20 micron thick, a sealing layer in a PP mono film only applies a few micron. Ultrasound is a very good and gentle sealing technology for thin mono films, because the heat for sealing is generated specifically at the sealing point without having to penetrate the outer film layers. Depending on the manufacturer and variant, the recyclability of mono foils already achieves 19 out of 20 points in the dual system’s points score, for example.

The circulating term paper film is not quite correct, because paper-based films also require a barrier layer and a sealing layer. As with mono films, a foreign content of five per cent in the material is permitted for paper-based films. Depending on the material of which this foreign content consists, the films are either recyclable films that can be reused in paper recycling or compostable films. So far, PE has mostly been used as a barrier and simultaneous sealing layer. The plastic offers good protection as a water vapour barrier and can be used as a sealing medium. For compostable films, PLA (polyactide or polylactic acid) is used instead. Paper-based films are particularly demanding when automated with a flow-wrapping machine. They tear and crease faster, are stiffer and require specially designed forming shoulders to ensure a safe packaging process without interruptions. Additionally, paper is abrasive, i.e. it wears down mechanical parts in the flow-wrapping machine over time. This places high demands on a flow-wrapping machine that has to process such films. Just like the recyclable mono films, paper-based films are best sealed with ultrasound. Up until now, mainly dry or already primary packed products have been packed in paper-based films.