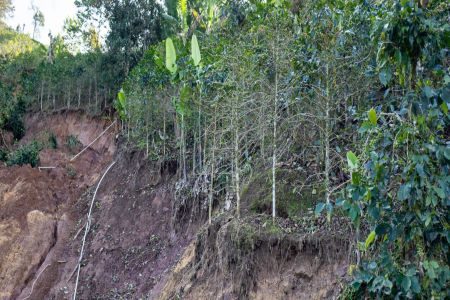 A delegation of Fairtrade farmers from climate vulnerable nations will gather at COP26 in Glasgow to warn political leaders that the summit presents their last, best chance to reverse climate damage to their livelihoods, crops and communities, as highlighted by new research published today.

The Fairtrade group , which includes small-scale farmers from Ghana, Paraguay, India, Malawi and Côte d’Ivoire, will speak at a series of advocacy events within the Blue, Green and Innovation Zones of COP26 summit. They will seize the opportunity to urge rich, high polluting governments to meet their pledges on emissions cuts and climate finance.

The delegation will represent Fairtrade’s 1.8 million farmers and workers worldwide, whose livelihoods are directly under threat from climate change, as evidenced by the results of an alarming new study, Fairtrade and Climate Change, published on Monday.

Conducted by researchers from the Vrije University Amsterdam and Bern University of Applied Sciences, the study reveals that the intensifying effects of climate change pose a serious risk to global agricultural production in key regions worldwide. It paints a bleak picture of the future of popular foods such as bananas, coffee, and cocoa, warning that in some areas, the climate crisis will make crop production very difficult in the near future.

Elsewhere the study suggests that millions of farmers could be at risk of financial collapse as their livelihoods come under growing climate pressure. Increased investment in climate adaptation and resilience measures are critical if plummeting incomes for farmers are to be prevented, it recommends.

“The report’s results are extremely alarming and a clarion call for immediate and comprehensive climate action,” said Dr Nyagoy Nyong’o, Global CEO at Fairtrade. “The threat to the future of many supply chains is very real and our planet’s farmers and agricultural workers are on the frontline of this global climate crisis. We must do everything to ensure they are not left behind and that they are indeed a part of the solution.”

Just 2 percent of climate finance goes to small-holder farmers in low-income countries. Yet, 80 percent of the world’s food comes from 500 million family farms. As such, at COP26 Fairtrade farmers will argue why the promised $100bn in annual climate finance must reach farming communities, in order to secure a just transition and fair future for all.

Fairtrade farmers will speak at key advocacy moments during COP26: