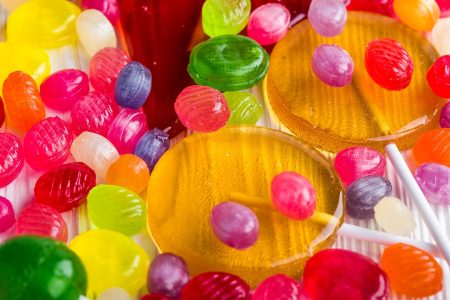 Increasing variety in the hard candies and lollipops available to us today reflects an increasingly complex and calculated production process.

Picture a hard candy or lollipop today. Perhaps you’ll think of the infamous gobstoppers from childhood – which made a point of being created to be “everlasting” – or Chupa Chups lollipops, which were conceived after its creator, Enric Benrat, felt that candy at the time left children with sticky fingers and wanted to devise a way of avoiding this. Whatever you imagine, the result reflects a diverse range of colours, shapes and sizes of hard candies and lollipops, all of which have a varying production process.

Traditional lollipops are created using a sugar corn syrup solution which comprises of water, sugar, corn syrup, flavours and malic or citric acid. The flavouring and colouring of lollipops are wide ranging, designed to appeal to the consumers’ senses. Lollipops today can be fruit-flavoured, such as blueberry, raspberry and watermelon flavours; but also can include flavours such as bubblegum, cola and cotton candy. Producing lollipops with centres opens up a range of further flavour opportunities and different textures, such as the inclusion of caramel or gum centres.

In a manufacturing facility, a candy manufacturer will buy the raw materials for lollipop production in bulk. Dry sugar is brought into the facility in rail cars, ‘gondola cars’, which are attached to a liquidiser. The sugar is dropped into water and dissolved, a process which can take several hours to melt the sugar. Corn syrup is delivered in huge trucks and pumped into the pre-cooker. In a typical lollipop recipe, there needs to be approximately 55% of liquid sugar and 45% of corn syrup in the pre-cooker.

Once in the pre-cooker, the ingredients are heated to around 109 degrees celsius, which is pumped from the pre-cooker and sent to the final cooker where it’s cooked under a vacuum to a temperature of 143 degrees celsius. The vacuum works to remove moisture and heat from the candy; some industrial cookers are capable of cooking 68 kilograms of candy in one batch. After the candy has been cooked, this is the stage in the process where colour, flavour and citric acid or malic acid are added. Flavours and colours are added in a liquid form, and citrus acid or malic acid are key components in the flavour of the lollipops. Citrus acid will provide citrus-flavoured lollipops with their distinct flavour, while malic acid works to enhance non-citrus flavours – so fruit and mint flavours in particular… 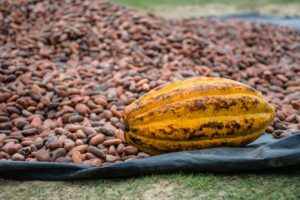 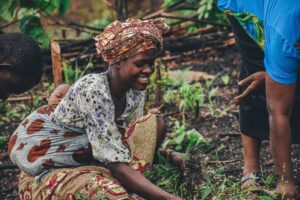 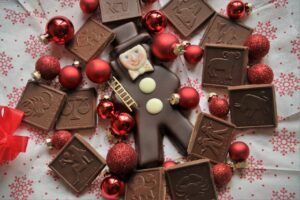 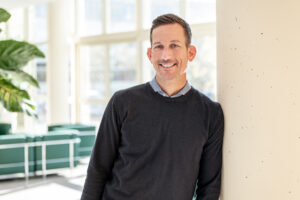 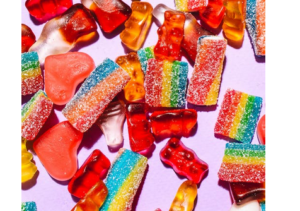