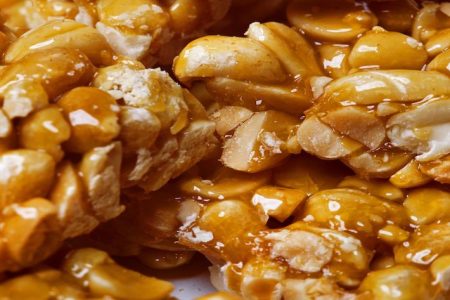 Closed sales and export projections for the next 12 months as a result of Brazilian participation at Snackex exceed US$34 million. Brazilian companies exporting peanuts are celebrating the results obtained at Snackex, an international fair organized by the European Snacks Association (ESA) in Barcelona, on June 27 and 28. The amount of US$7.45 million were made in business, with an expected US$27.2 million to be closed in the next 12 months.

During the fair, the companies made 126 contacts, of which 51 were new, including representatives from the European Union countries such as Spain, the Netherlands, the United Kingdom, France and Poland, and others such as Russia, Ukraine, Morocco and Algeria.

“Brazilian peanuts are of high quality, high in oleic acid, which extends their shelf life, and there are strong prospects for an increased production in a sustainable way, in areas already used by agriculture,” says Ubiracy Fonseca, president of ABICAB. “This makes Brazil a reliable supplier of a quality product,” he adds.

About 90% of peanut production in Brazil is made in São Paulo – a state located around 4 thousand kilometres away from the Amazon – in a rotation system with sugarcane, the dominant culture in the area. In the state, there are 5.3 million hectares planted with cane, and every five or six years, 10 to 15% of this crop has to be reformed and replanted.

To recover land productivity, farmers are planting peanuts, which incorporate nutrients – especially nitrogen – and interrupt cycles of pests and weeds. “Today, there are 150 thousand hectares planted with peanuts in São Paulo. Because of the need to reform the sugarcane crop, there are between 500 thousand and 800 thousand hectares of land, which are currently at rest in the state.

“That is, if you double the planted area with peanuts in São Paulo, you cannot reach half of the areas that are available with sugarcane,” explains José Rossato, chairman of Coplana, a peanut farmers’ cooperative.

Foreign sales of Beatrice Peanuts increased 30% last year and they are expected to grow by 15% this year, especially to the European Union. Based on a strong customer demand at Snackex, the company decided to start producing roasted peanut and butter paste for export as of early 2020.

“The high quality of Brazilian peanuts, as the outcome of strong investments, is the main reason for the increase in Brazilian exports. Our company alone invested US$ 15 million in a new processing unit in 2017/2018, and plans to invest another US$ 8 million in 2019/2020,” says Pablo Rivera, general manager of Beatrice Peanuts. According to him, Brazil has been positioning itself as a strong supplier to Europe, a market that pays the best prices for product quality.

With a presence in the European market for 20 years, Coplana’s main customers are in Germany and the Netherlands. At Snackex, the company made 40 contacts, 20 of them new ones. “We had meetings with the main snack industries in the European Union and Eastern Europe. In addition, on the eve of the fair in Barcelona, ​​we closed a deal with a new customer from Spain, with shipping starting in July,” says Robson Fonseca, Coplana’s foreign trade manager.

According to Fonseca, one of the main results of the fair is to consolidate the company’s image in the European Union market, which is the most demanding one and the one that pays the best prices. “Our reasons for such a robust growth? Significant investments in quality, especially in laboratory equipment, qualified staff and international certifications,” he adds.

With a strong export growth in recent years, Francfort celebrates the consolidation of its presence in the European Union market and sales above expectations at the fair, as well as gains in reputation. “Having joined Snackex reinforces the company’s reputation in the market, adds an intangible value, and since we started participating in international events in 2015, our revenue has increased sixfold,” says Rodrigo Francfort, the company’s commercial director.

Spain is the largest market for Francfort in the EU and the fair in Barcelona has given it the opportunity to resume contacts and make new ones with potential customers. “The Spanish find our peanuts tastier and recognize high quality. We are consolidating a good reputation as serious suppliers, with a product that is the result of strong investments in agriculture, industrial sites and storage,” he adds.