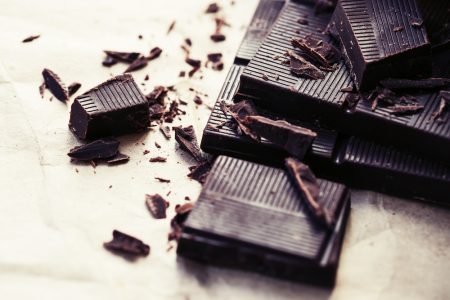 Research has determined that eating dark chocolate can improve vision in humans, however, scientists have claimed that the effects could only last for a few hours.

The flavanols that are included within dark chocolate are known for having very positive effects in relation to decreasing the risk of strokes and on heart functions, and Dr Jeff Rabin at the University of Incarnate Word’s Rosenberg School of Optometry wanted to see with ether the antioxidants could boost visions as well.

Rabin and his research team brought in 30 young adults to take part in a blinded exam, which saw them be tested for their high-contract visual acuity and small-letter contrast sensitivity two hours after eating either a crispy rice milk chocolate bar or a Trader Joe’s 72% cacao dark chocolate bar.

After, they did a cross-over test in which those who participated originally ate dark chocolate then ate milk chocolate, and vice versa.

“Our initial findings showed participants eating dark chocolate had a small improvement (in visual acuity compared to milk chocolate eaters), and we reasoned that this is due to an increase of blood flow either to the retina or andor – the visual part of the brain,” said Rabin.

That said, there was a notable improvement in the contrast sensitivity test, which they were asked to recognise letters of the same size, but blended into a low-contrast background.

“We also computed a single composite score, and that shows an approximately 60% improvement in one’s ability in seeing low-contrast targets,” added Rabin.

Rabin did state that there are certain limitations of the study, which include that the participants may well have been aware of the type of chocolate they were eating on the basis of taste.

“We didn’t measure the duration of the effect of dark chocolate,” he added. “The effect usually disappears in the body within six hours… so it needs further evaluation.”