US manufacturing base for Haribo moves a step closer 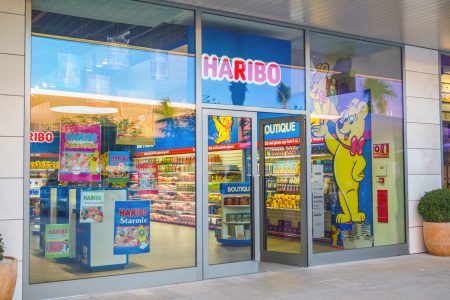 Haribo are looking more and more likely to build a manufacturing plant in the US, after the German confectionery giant managed to leap over another hurdle that was potentially blocking their path.

Earlier in 2017, Haribo announced that they had plans to take over a property in Wisconsin, USA in order to build what would be – surprisingly – their first production site in America, and now the terms of the purchase agreement has been approved by the village board of Pleasant Prairie, located in Kenosha County.

Haribo, based in Bonn, Germany, are now able to push forward with their plans, which include purchasing a 137-acre section of land from the village for a price of $21m, with a first payment of $13m to be issued before the 27th December.

The remaining payment would be due following a series of things, which include work on roads, waiting for other infrastructure to be completed, and storm water retention points.

On the 18th December, the land purchase agreement was received with the unanimous approval of the village board, and this was followed with a closed session, which saw trustees meet with their attorneys who have been negotiating with Haribo for the deal.

Back in March, Haribo had mooted the idea of a $242m, 500,000 square feet facility over in the Prairie Highlands Corporate Park, and the German company fully expects that 400 jobs will be made available, with a facility set to open in 2020.

At the time, Haribo’s MD Hans Guido Riegel stated that the purchase of the site “is of great importance to the Haribo group”, before adding that “Haribo America is the fastest growing confectionery company in the US.”