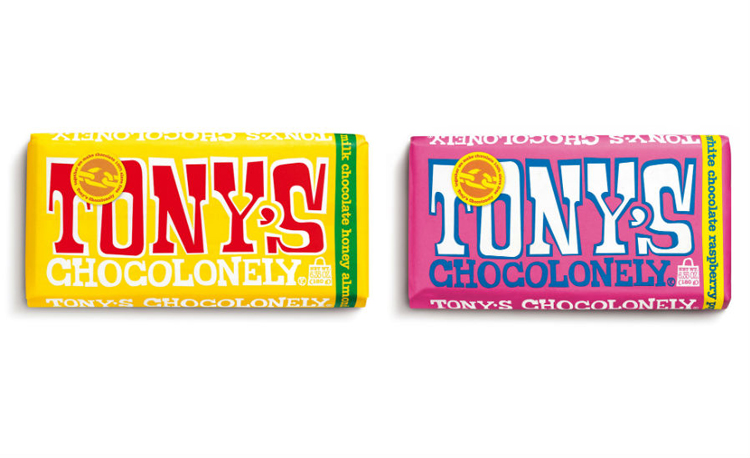 The Milk Chocolate Honey Almond Nougat bar contains 32% milk chocolate with bits of sticky, sweet nougat made from honey and almonds. Bright yellow wrapping makes this the perfect addition to the Tony’s rainbow.

The cocoa mass for Tony’s chocolate was already 100% traceable with cocoa beans that were purchased directly from their partner cooperatives in Ghana and Ivory Coast. Cocoa butter, on the other hand, was available generically with little traceability.