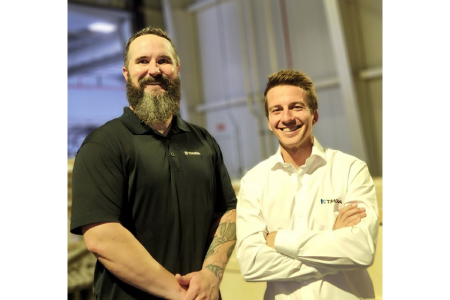 Lynch’s appointment is the latest move in TOMRA Food’s strategy to tailor sorting and grading solutions to the specialised needs of food categories. He moves into his new role after five years as a solutions engineer at TOMRA Food.

“James’ can-do attitude, relentless work ethic and desire to put the customer first have rightly earned him the opportunity to take on this new challenge,” Jeffries said in the release. “His understanding of packhouses in general, and specifically citrus and stone fruit line design, will bring immediate value to customers as he works closely with them on new projects and optimization of existing installs.”

James Lynch said: “As an engineer, I spent many hours in packhouses and worked on various layouts for citrus and stone fruit customers. With this technical background, I will be able to help customers in my new role. TOMRA Food sees its relationships with customers as a collaborative process – we want them to be heard and part of the design process.”

The fruit industry’s most advanced sorting platform is the recently launched TOMRA 5S Advanced. This builds on the class-leading performance of Compac’s Multi Lane Sorter but was redesigned from the ground up, with a focus on ease of cleaning and maintenance. The company’s Spectrim sorter and grader is also ideally suited to citrus fruits and has long been recognised as the standard-setter in blemish-grading vision systems.