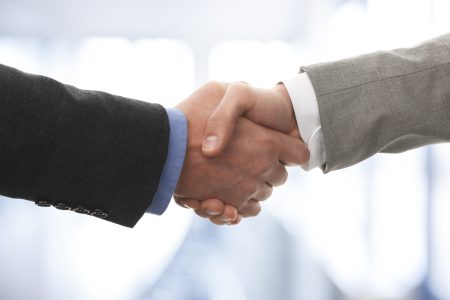 Ferrero have successfully completed the acquisition of Nestle’s US candy business – which contains well established brands such as Butterfinger, Raisinets, and Baby Ruth and made $924m in 2016 sales – for $2.8bn.

The deal only covers Nestle’s US centered confectionery brands, and thus doesn’t include Nestle’s Toll House baking products, and is expected to fully close close to the end of the first quarter for 2018, once customary approvals and closing conditions are completed.

As part of the deal, Ferrero will also acquire Nestle’s US manufacturing facilities in Franklin Park, Bloomington and Itasca, Illinois, and the company will still continue to operate through their offices in Glendale, California, as well as from their other locations in New Jersey and Illinois.

Speaking about the deal, Nestle’s CEO – Mark Schneider – claimed that Ferrero will be a fantastic fit for the candy business, and allows Nestle to progress.

“With Ferrero we have found an exceptional home for our US confectionery business where it will thrive,” Schneider said.

“At the same time, this move allows Nestlé to invest and innovate across a range of categories where we see strong future growth and hold leadership positions, such as pet care, bottled water, coffee, frozen meals and infant nutrition.”

In June 2017, Nestle announced that they would look to divest their US confectionery arm as a result of a low market share in the States, and that prompted a host of confectioners and private equity firms to become interested in taking over, with Hershey also joining Ferrero in making a bid.

According to Euromonitor’s senior food and nutrition analyst, Raphael Moreau, this deal will make Ferraro the “third largest [chocolate] player in the world.”

“Nestlé’s (7.9% US market share) the most prominent chocolate confectionery brand in the US, Butterfinger, has suffered against brands with a more premium positioning including Lindt (9.3% share) and against larger players such as Mars (27.1%),” Moreau said.

The hurdle that Ferrero will have to overcome is that the Nestle’s brands aren’t positioned or sold as premium items, which is the case for a few Ferrero items.

“Their (Nestlé) turnaround and a successful integration into Ferrero’s brand portfolio would be uncertain,” added Moreau.

Ferrero, who currently have Nutella, Ferrero Rocher and Tic Tac going strong in the US, have been very busy when it’s come to acquiring in the market recently, with premium chocolate brand Fannie May and gummy maker Ferrara both being purchased in 2017, while Chicago saw the first Nutella cafe spring up.