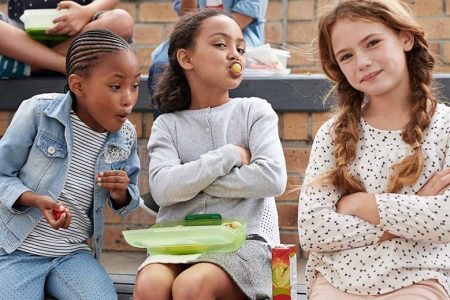 Nestlé have announced they will strengthen their responsible marketing practices as part of its efforts to bring balanced diets within reach for people around the world, targeting under 16-year-olds in particular.

The company says it plans to voluntarily restrict its marketing to children under the age of 16 while continuing long-standing efforts to help families with establishing healthy eating and lifestyle habits.

The company’s new Marketing Communication to Children policy will prohibit direct advertising of confectionery and ice cream alongside water-based beverages with added sugars to children under the ages of 16. This reaffirms the ban on product marketing communication between children between 0 and six years of age, the company says.

The standard will be applied to TV and online platforms including social media and gaming ones with greater than 25% of their audience under the age of 16 years of age. Nestlé says it will also not collect data of minors and partner with influencers only over the age of 18.

The policy will take effect as of 1 July 2o23 and will happen globally. Coupling existing nutrition services, educational tools and recipes with additional safeguards will help give children and young adults solid foundations for building a healthy lifestyle.

As of 2023, the company will also begin reporting on local portfolios in 14 countries using government-endorsed-front-of-pack labelling systems with the intention of creating greater transparency in food and beverage and help to bring balanced diets.

As part of its global reporting commitment, Nestlé will be benchmarking its food and beverages against the Health Star (HSR) system, which is a nutrient profilling system used by the Access to Nutrition index and on front-of-pack nutrition labels in some countries. The HSR system considers total energy of a food alongside the amount of positive nutrients and ingredients and nutrients of concern including sugar, saturated fat and salt.

The policy will make Nestlé one of the first food and beverage companies to voluntarily adopt such strict standards, but regulations in the UK are getting tighter, as the deadline for the HFSS (high fat, salt and sugar) regulations have meant HFSS products (such as sugary drinks and confectionery) cannot be sold in promotional areas in stores as of 1 October 2022 and the restriction of HFSS products by volume price will come into force 1 October 2022.

This move follows on from previous steps taken by Nestlé including reducing sugar in its products by 5.1% which it says it has done since 2017, and the recent announcement to ban global marketing of children formula up to six months old which will take effect 1 January 2023.