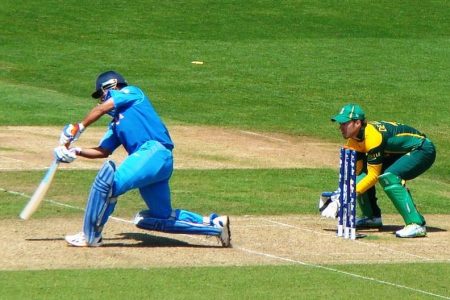 Ever since its launch in India, Snickers has been a popular product and has firmly established itself, and with cricket being the main sport in India, drafting in MS Dhoni is a very clever move by Mars Wrigley.

The 36-year-old used to captain India in both the test and one day formats, and is seen as one of India’s best ever cricketers.

Dhoni will feature in the upcoming Snickers adverts, which follows on from their ‘You’re Not You When You’re Hungry’ theme, and will have Dhoni throwing a tantrum before eating a bar to ensue normality.

Talking about the association, Mr. Yogesh Tewari, Marketing Director, Mars Wrigley Confectionery, said, “We are honoured to have M.S. Dhoni join the Snickers family. The brand is loved across the world for its cool quotient and there is no one who personifies this better than our very own Captain Cool.

“Ever since its launch in the Indian market, Snickers has successfully built upon the philosophy of how you’re not you when you are hungry. With the association of M.S Dhoni, we are beginning the next chapter of our journey in India and strengthening our relevance amongst Indian consumers.”

Speaking about the association, M.S. Dhoni, said, “I am extremely excited to be associated with Snickers. It breaks away from the monotony and resonates with the quirk in everybody. It has the capability to curate emotions that redefine one’s personality the best.

“It has always been one of my favourites not only because of its delicious taste, but also because it is a perfect solution to hunger pangs. This association comes to me as a natural fit as nothing can satiate the angry hunger as well as Snickers does.”