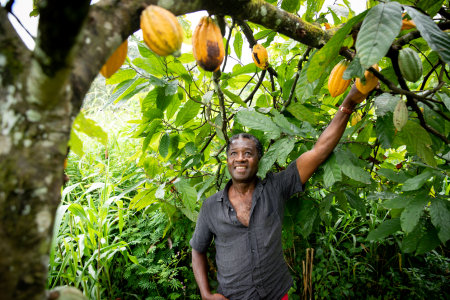 The sun has been an integral part of transforming cocoa into chocolate since before the beginning of recorded history.

In pre-Columbian South America, cacao was valued in its wild state not for the seeds (which were discarded), but for the pulp, which was eaten directly or squeezed for juice to make fermented beverages. It is highly probable that the Olmecs of Mesoamerica were the first people to have domesticated, fermented, roasted, winnowed, and then ground cacao for gruels and drinking, possibly as far back as 2000 B.C.E. This would have been well before consuming kakawa – from the Nahuatl for bitter water from which the word cacao is based – became common. (Indigenous peoples in what are now Brazil, Ecuador, and French Guiana may have begun to domesticate cacao prior to the Olmecs, likely selecting for characteristics of the pulp rather than properties of the seeds.)

But no matter where domestication and processing began, after the seeds were fermented and before they could be roasted, they first needed to be dried, and this is when the sun becomes an important supporting character in the story of chocolate.

For more than three millennia, fermented cacao seeds had been spread out in the sun to dry. This process continued, essentially unchanged, for hundreds of years after the arrival of Europeans. It is not until well into the industrial revolution that global demand for chocolate grew to the point that improvements in drying technology began to be needed.

Ironically, one of the environmental conditions that supports the growth of cacao trees – lots of rain – can make sun drying nearly impossible at certain times of the year. Extended periods of rain during the drying process can lead to the cacao becoming infested with mould and mildew through repeated rewetting, rendering it inedible.

One example of solar technology development grew out of an awareness of the fact that beans exposed to the heat of midday sun would develop a slight crust, reducing the efficiency of evaporation. Recognizing this fact, the drying seeds would be gathered into heaps and covered before the sun became too hot, and then spread out again once the sun passed the zenith. During the period when the cacao was covered, the comparatively drier outer layers of the cacao draws moisture from the wetter centre of the bean, resulting in them drying more effectively and efficiently than if they had been left out in the hot sun all day. This technique became a central aspect of the post-harvest processing of cacao from Chuao in Venezuela, and became incorporated into the formal process definitions in the Denominacion de Origen for cocoa from Chuao.

Another example of an early improvement to drying technology was the creation of drying platforms on rails that allowed them to be quickly moved under cover before it began to rain and then just as quickly restored to the sun after the rain stopped.

These two approaches can be combined, with a fixed pad, usually made of concrete, being outfitted with a movable cover. And while concrete is a relatively inexpensive building material, it is less than ideal in many respects, one of which is that it can be difficult to clean. I observed back in 2017 that Ingemann Fine Cocoa in Nicaragua was placing stainless steel sheets on top of concrete pads kitted with movable covers at their post-harvest processing centre in Las Maderas which is located between Managua and Matagalpa. Stainless steel is a more efficient conductor of heat than concrete, contributing to improved drying efficiency and consistency in in addition to being easier to clean than plain concrete.

While the chocolate industry prefers sun-dried cocoa, assisted, or “mechanical,” drying is quite common in many producing countries. Assisted drying usually involves burning a fuel – propane, wood, and coconut shells are common inputs – and the hot air from the combustion process is blown over and through the mass of beans. The mass of beans may be static and moved manually, for example on a perforated wooden or steel platform and moved using rakes and shovels or moved continuously in a rotating drum made of perforated metal. If care is not taken, smoke or other combustion by-products can alter the flavour of the dried beans. Smokey flavours from mechanical drying are usually – but not always – considered to be defects and are an undesirable flavour trait for most chocolate makers. 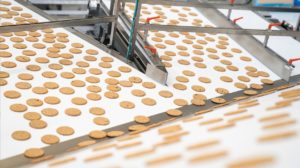 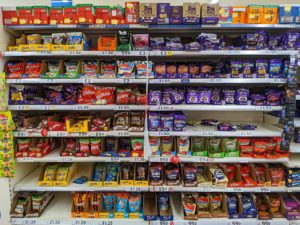 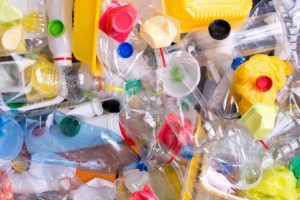