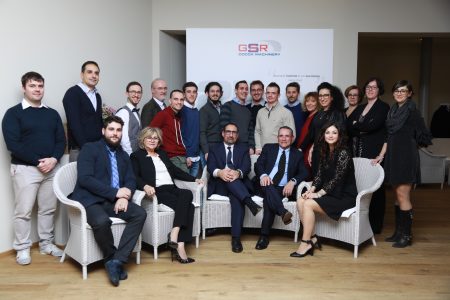 On the 1st December, in the beautiful location of Villa Calchi, was held the celebration of the 25th anniversary of GSR Cocoa Machinery, the company based in Calolziocorte, which decided to crown its first quarter of a century with an event attended by employees and suppliers. Born in a territory, like that of the province of Lecco, which has always distinguished itself as a basin recognized all over the world for the achievement of excellence in the field of metallurgy and heavy precision mechanics, today GSR has reached the highest peaks inside the cocoa sector.

The evening was marked by a festive atmosphere, in which the company’s employees and suppliers took part; as recalled by the CEO and Founder of GSR – Luigi Turla: “They represent the lifeblood and an indispensable component, which allowed the company to become what is today in the world: one of the major leaders in the sector “. In fact, over its 25 years of history GSR has specialized itself in the design and manufacturing of presses useful for processing cocoa and other oil-based seeds, becoming the official supplier of the major industries operating in this field, without ever forgetting the small producers, thanks to lines designed specifically to guarantee, with the same precision, smaller productions.

Many were the participants to this event full of emotions: among them some representatives of local institutions, all employees of the company and suppliers who for years have followed with care and involvement the growth path undertaken by GSR. During his speech, Luigi Turla – CEO and Founder of GSR took the opportunity to emphasize that “the last year represented a particularly flourishing period for the company, started in the best way, continued with the long-awaited participation in the prestigious Interpack trade fair and ended with an event so much felt that tonight, aimed just to crown, not just a festive occasion but a whole year of successes “.

During the evening Giuseppe Turla, General Manager of GSR, said that “With the expansion of personnel and new targets to be conquered, we are ready to strengthen the sector with new ideas and to establish new market standards, so much so that we are already projecting into a 2018 of great successes and satisfaction”.