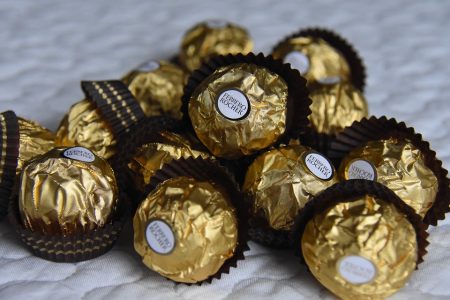 A Frankfurt district court judge has ordered Ferrero to make sure that the number of individually wrapped chocolates on their Raffaello’s packaging is labelled, following a local consumer complaint that the product only showed the total weight.

In Germany, Raffaello coconut balls are available in three different sizes – 40g, 150g and 230g – however, the Italian chocolate maker has been in breach of EU regulations as according to Annex IX3 and 4, the net quantity of a food must be declared on the packaging when “a prepacked item consists of two or more individual prepacked items.”​​

The consumer centre in Hesse (Verbraucherzentrale Hessen)​ played a key role in aiding the consumer to bring the case against the chocolate maker, and it was them who pointed out the breach.

Ferrero have claimed that their Raffaello wrappers are ‘separation aids’, but despite this, the German court have taken the decision to classify them as individual packaging.

As a result of the decision, Ferrero have filed an appeal against the ruling, on the grounds that it could impact and affect the entire confectionery industry.

“In order to establish legal certainty for both Ferrero and the industry, and to reach a judgment in line with practice, the case has now been submitted to the Frankfurt High Court of Appeal for verification,” ​the company said in a statement.

A Ferrero spokesperson was also on hand to state that the case is specific to Germany, and doesn’t impact Ferrero USA. German court orders Ferrero to label individual Raffaello pieces