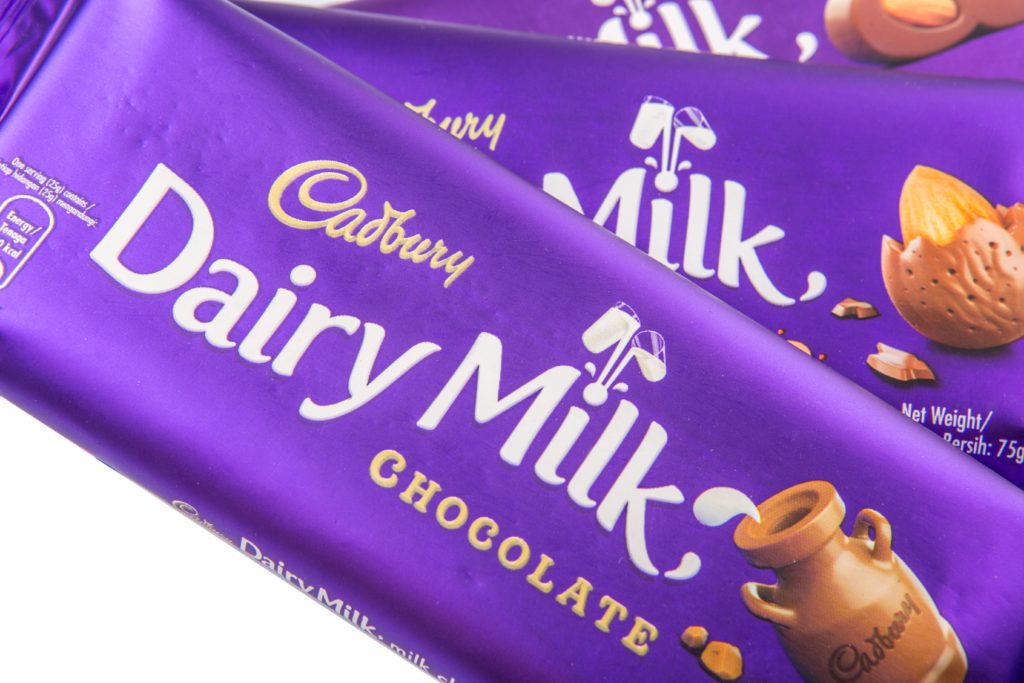 Classic chocolate brand Cadbury has announced it is working on creating a vegan version of its popular Dairy Milk bar.

A spokesperson for Mondelēz, which owns Cadbury, revealed that the company has no immediate plans for a consumer launch of the bar.

According to reports, the company has been working on developing a dairy-free recipe for two years, and wanted to launch the bar to tie into Veganuary, but has struggled to find a dairy alternative which is suitable for those with nut allergies.

“We’re always listening to our consumers, so we can develop and provide people with a greater choice of products. This includes looking at a plant-based Cadbury Dairy Milk bar however, we have no immediate plans to launch a new product in market.

“We are only interested in launching a new vegan product that retains the texture and taste that our consumers expect and love from Cadbury products.”

Cadbury is behind one of its major rivals with this planned launch: Mars brought three vegan versions of its famous Galaxy chocolate bars to the UK market last year.

Introducing the new range, Kerry Cavanaugh, Marketing Director at Mars Wrigley UK said: “We’re so excited to be bringing these delicious treats to GALAXY’s range using a vegan recipe that doesn’t compromise on the brand’s signature smooth and creamy characteristics. Wherever you look you can’t avoid the vegan buzz in the UK – even though vegan treats are currently only worth £10m in a £4bn chocolate market, we think that by introducing GALAXY, one of the UK’s best-known brands, there is huge opportunity for the category to grow”.

Mars Wrigley has been working closely with The Vegan Society on the launch and their logo appears on the packs. Abigail Stevens, Trademark Marketing Manager at The Vegan Society said: “We are delighted that Galaxy, such a well-known brand is entering the vegan market and offering more choice – and even more excited that there are three delicious flavours to choose from!”