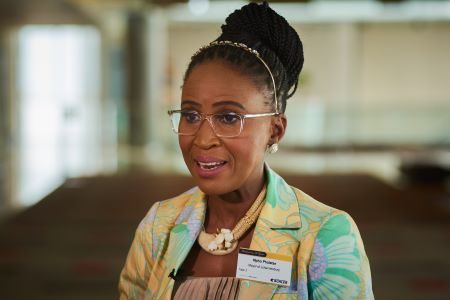 On March 18, 2022, Bühler is celebrating the 50th anniversary of establishing its business in South Africa. The country is of particular importance to Bühler for its customers and Bühler plans to expand its business there as well as to other African nations. To commemorate the anniversary, a special event, celebrating milestones and special memories between Bühler, its customers and staff, was held in Johannesburg.

t began on January 10, 1972, when Bühler MIAG South Africa was registered in Johannesburg. René Schneider founded the joint company, and Hans Widmer was appointed the Managing Director and the offices moved to the Raschers corner in the central district of Johannesburg.  As the company grew, a workspace of Rand Steel Engineering in Booysens was purchased. In 1976 Bühler MIAG expanded its offerings and leased a workshop in Wadeville, covering an area of about 9250 m2 on a 24,000 m2 industrial site, which was later purchased in 1978. At the beginning, the company’s main activity was customer service, selling spares and wear parts as well as fluting and welding in the workshop. Soon after, the product portfolio got larger as the business grew and more demands of customers and markets needed to be served.

Now the Johannesburg office is the regional headquarters for the Southern Africa sub region, from here they are responsible for Angola, Botswana, Lesotho, Madagascar, Mauritius, Malawi, Mozambique, Namibia, La Reunion, Solomon Islands, Seychelles, Swaziland, South Africa, Zambia and Zimbabwe. Bühler Johannesburg is the central contact point for all enquiries, from grain to consumer goods processing and advanced material processing solutions. Stefan Scheiber, Bühler CEO, says, “South Africa has been, and will remain, a country with particularly important customers, both local family-companies and regional and global brands. Therefore, a local presence, with local experts has been and will remain key to secure our business, now and in future.”

Bühler South Africa boasts some of the biggest names in fast moving consumer goods sector in South Africa as its customers. There is also a variety of customers in the whole of Southern Africa. Harry Bloechlinger,  Managing Director, Bühler Southern Africa, says, “we partner with the biggest FMCG (Fast Moving Consumer Goods) companies all over South Africa. FMCG companies are the basic pillar of the economy of the region. And together with them we ensure food supply to more than 200 million people.”

Celebrating the journey together

To commemorate Bühler’s success in South Africa a celebration was held at the Sandton Convention Centre in Sandton, Johannesburg, on March 18, 2022. In the morning there was a customer event with Bühler’s top customers from South Africa and neighbouring countries, as well as the Mayor of Johannesburg, various Southern African country ambassadors, representation from the Embassy of Switzerland and high-profile guest speakers. Dr Mpho Phalatse, the Mayor of Johannesburg, says, “we celebrate the presence of businesses such as Bühler, we celebrate their contribution towards building our beautiful city of Johannesburg. And we celebrate their growth. Today it’s their birthday, so it signals growth. But not only growth for the company but growth for our city because when they grow, we also grow.”

Various videos capturing Bühler milestones on the African continent and special memories with its customers and staff were shown at the event. The guests were treated to some interesting insights by the keynote speakers as well as some entertainment by motivational speaker Quentin Coetzee, who shared his knowledge of surviving in the wild to surviving in the boardroom. A special menu was served based on the products used in Bühler processes and solutions. In the evening the event is marked with a black-tie ball for staff and their partners, full of celebration, music and dance hosted by a local celebrity Ayanda MVP.

Building on its success in South Africa, Bühler plans on expanding other business units besides Milling in the region. Stefan Scheiber, Bühler CEO, says, “in the long term, the market of South Africa including the neighboring countries will double its inhabitants to 400 million people by 2050. This is our motivation and reasons for Bühler to continue strengthening our organizations in South Africa but also in Southern Africa, as we continue to live our vision: innovations for a better world.”

The company has a focus on food processing technologies as well as value services including digitalization; also education and training plays a key role going forward.  Bühler has a drive to increase business opportunities into other regional countries such as Angola, Zambia, Mozambique and Malawi. India has recently been added to the MEA region as part of Bühler’s South-South-strategy, now being MAI, (Middle East, Africa & India) so the company foresees further collaboration and opportunities within this scope. Heiko Feuring, Head of Middle East and Africa Region, says, “the growing together of the MEA region and the Southern Africa region has reached the next level, so we are changing from a co-existence into a successful partnership with all the great benefits. We can create customer solutions for MEA, we can utilize the supply chain, we can focus on the best country sourcing and develop and provide solutions for Africa within that region. It’s a great opportunity for us.”